OPI recently posted an inquiry on Facebook regarding a "candy mani." I was all whut until Google informed me this is a a synonym for "jelly sandwich," a term I had seen before. I have had boring nails lately so decided to try this. 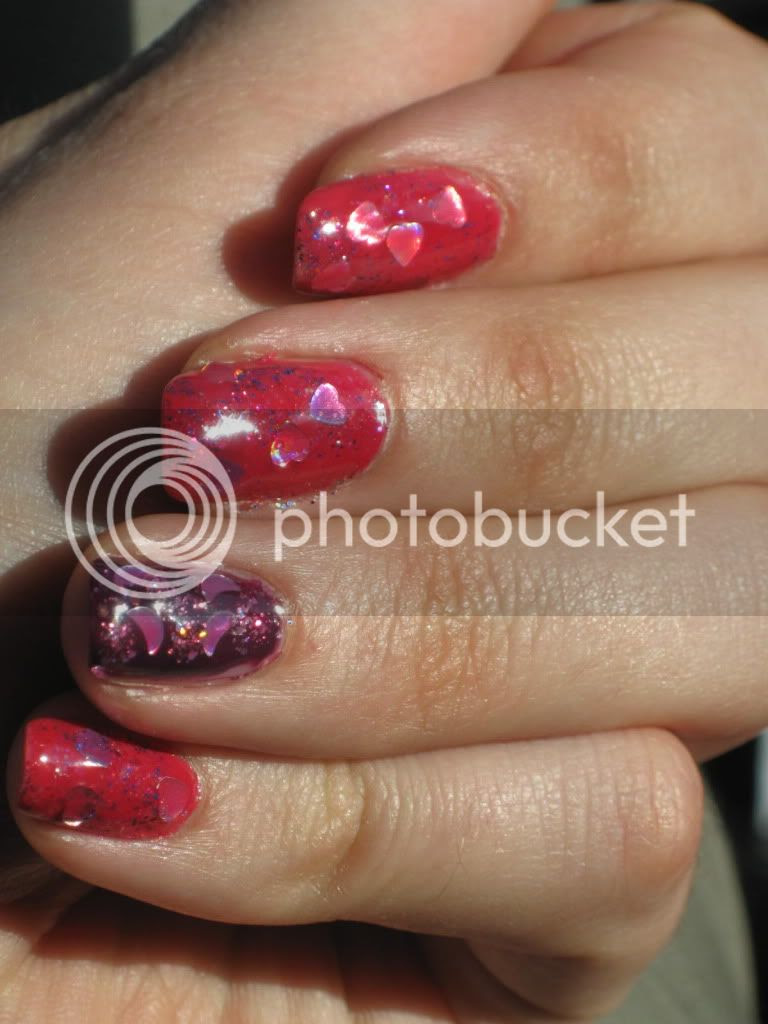 IT IS SHINY AND I WANT TO EAT IT. I think the jelly candy EAT ME effect is best with large shaped glitter - hearts or stars or skulls or tigers rather than sprinkle glitter - and it's a pain in the whatsis to fish enough glitters out of the jar for each nail. So this is not an every-week adventure. 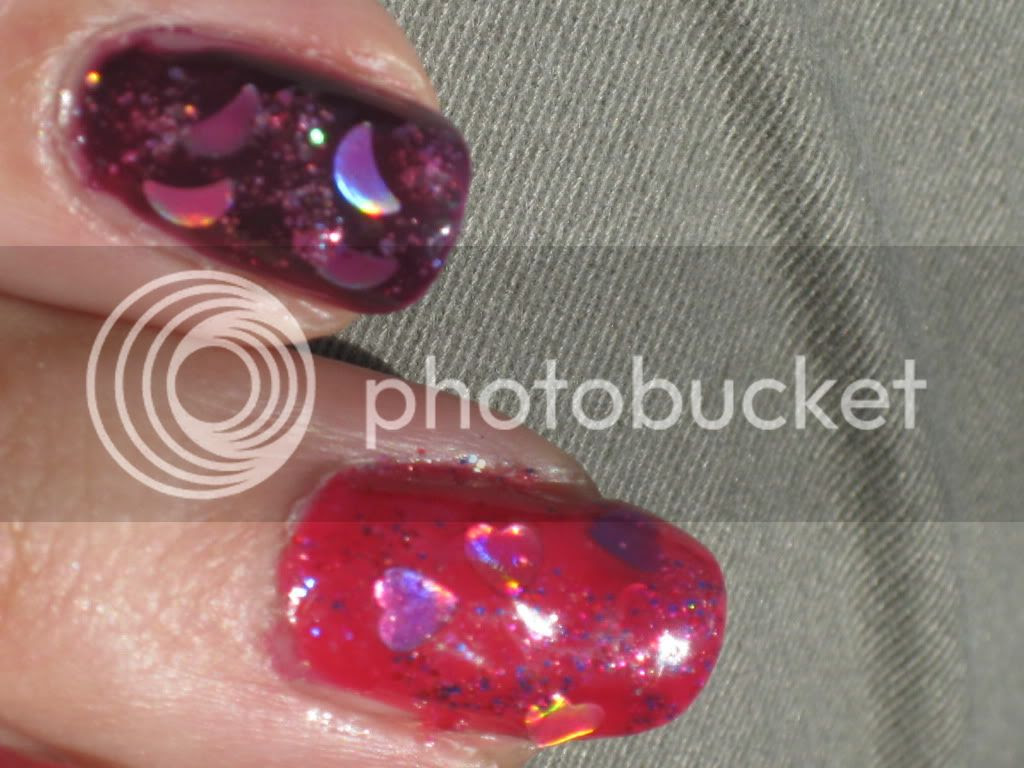 You can't tell from these pictures, but I had one purple nail on my left hand (ring) and two on my right (ring and pinky). This is my favorite color split. 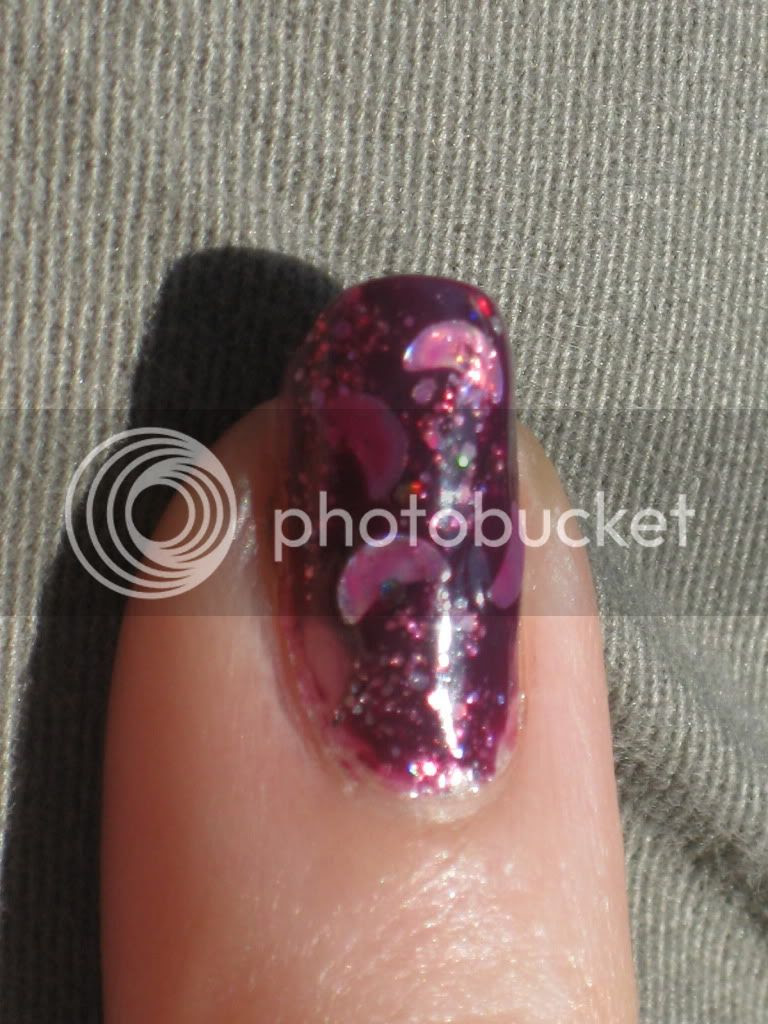 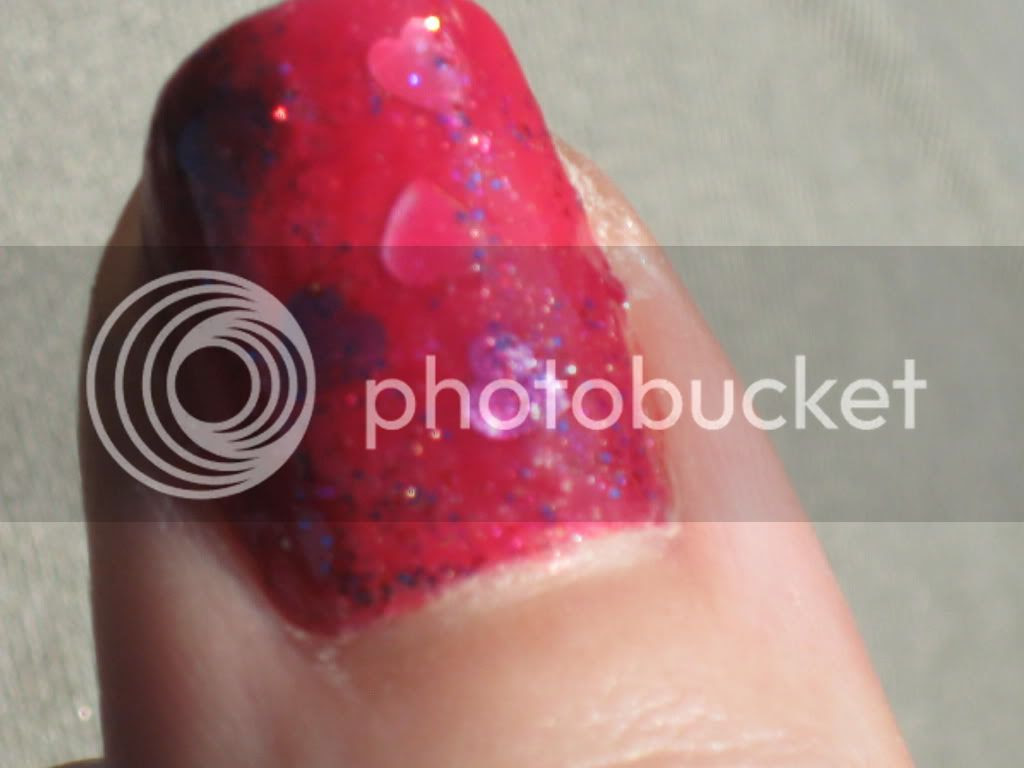 Pink nails: two coats OPI You're Such A Kabuki Queen, carefully-applied Nicole by OPI Step 2 the Beat of my ♥, one coat OPI Do You Think I'm Tex-y jelly. ( FYI, I despise two of these three polish names.)

This all reminds me of my second-favorite art form: JELLO MOLD SUSPENSION! 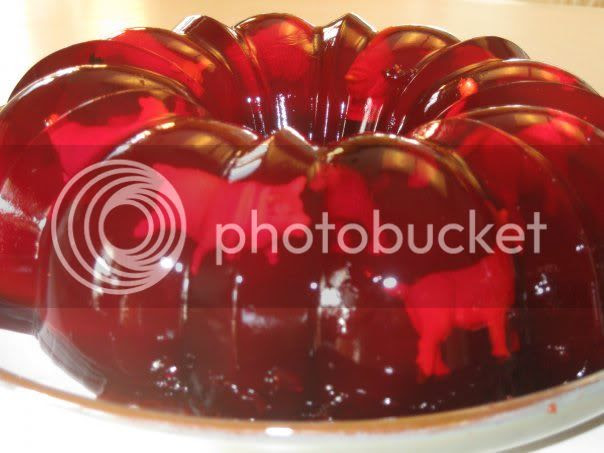 I promised Orly Mineral FX but was too depressed to post it last weekend. So I will do it later.

COMING UP NEXT: Nina Ultra Pro - sadly underrated!
Posted by Starfighter Tigerlily at 7:18 PM No comments: